Three Sevens: The Book of Thunder

Three Seven: The Book of Thunder

And Then the Devil Brought the Plague: The Book of Green Light

Equinox: The Book of Fate

TO RIGHT THE WRONGS – Jefferson is on the hunt for his father’s killer, while Anissa uses her new powers to rectify a wrong after a protest fails. Jennifer grapples with some difficult choices.  Elsewhere, Gambi begs for help from Lynn.[2]

Meanwhile, Joey is limping from his fight with Black Lightning as he's coming to Tobias hideout. Tobias asks what happened to him. Joey informs him that something was wrong with him. Tobias starts to choke Joey as he didn't finish Black Lightning. Joey says that he tipped off the police through their contact. Syonide informs Tobias that Tori's protection team checked in with them. Tobias explains to Joey that Lady Eve sent him albino dust s a way to mess with his head. Tobias tells Joey to have a crew on standby as soon as they hear Black Lightning been captured.

Back Gambi's, Lynn is examining Jefferson. He is telling her how he had to go after Joey becus of his connection to Tobias, but Lynn is ignoring his explanation. She looks at Jefferson's brain scan and says it looks normal. She explains that his powers tripled his recovery system, and that even though he's not healing as fast as he use to do, but his healing is still twice as fast. Jefferson rubs her wrist, but Lynn pulls away. She tells him to stop trying to pull her back in as it was painful for her to see him hurt. Jefferson reminds he that tObias killed his father and is in Freeland. However, Lynn tells him that nothing he does will bring his father back. Lynn tells him that he it's too much for her to see him in his condition and leaves.

The next day at her university, Anissa is participating in a protest of a confederate monument. The campus police comes along and arrest the protesters along with Anissa.

At her job, Lynn is working until a co-worker shows her brain scans of someone who has taken Green Light. He explains that while the matter in their brain is suppose to be dark, it is showing up very light. He asks if she has seen similar brain scans and Lynn lies to him that she hasn't. She asks him to get her a coffee as she secretly compares Jefferson brain scan with the other one. Unbeknownst to her, her co-worker is spying on her while calling an unknown person.

Over at the Freeland Police Station, Anissa is released from custody. She walks over to Jefferson and Jennifer and thanks him for bailing her out. Jefferson asks if she is okay and walks off. In the hallway 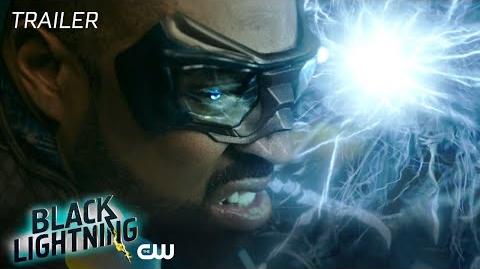 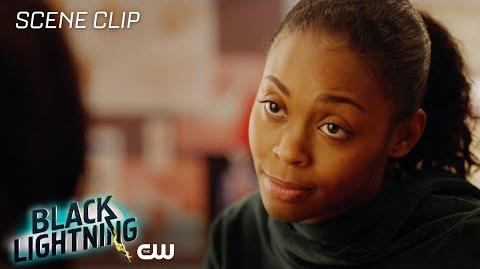 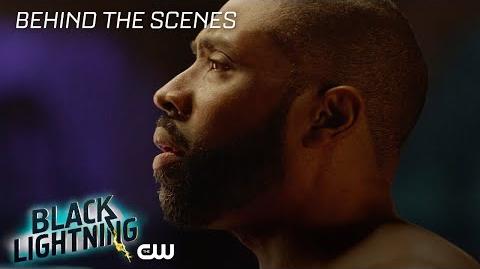 Black Lightning Inside Three Sevens The Book Of Thunder The CW