The Book of Consequences: Chapter One: Rise of the Green Light Babies

Rise of the Green Light Babies

The Shadow of Death: The Book of War

The Book of Consequences: Chapter One: Rise of the Green Light Babies is the first episode and season two premiere of Black Lightning. It is the fourteenth episode overall.[1]

Jefferson Pierce and his family may have survived Tobias’s attack, but they’re not out of the woods yet. Concerned for the safety of Garfield’s students, the board considers a motion to shut down the school, forcing Jefferson to go to Napier Frank to sway the vote. Jennifer struggles with her powers and her actions have unforeseen repercussions. Meanwhile, Anissa finds a new way to give back to Freeland. Lastly, Lynn continues her quest much to the dismay of Agent Odell.[2] 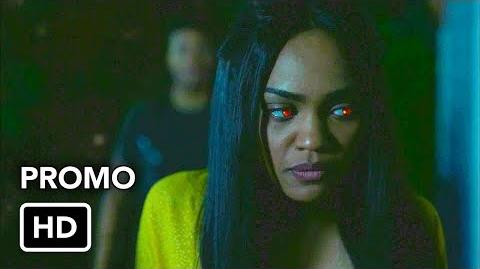