Black Jesus: The Book of Crucifixion

SECRETS AND LIES – Black Lightning attempts to rescue several long-missing children reveals a secret he did not anticipate, and its resulting connections.  Gambi struggles to stay strong while in a compromising position. Jefferson begins to view things differently.[2]

At night, 2-bits is trying to sell DVDs and CDs to citizens, but to no avail. While he is packing his things up, he notices Nimah taking Green Light and exhibit powers. 2- bits sees a van drive up and kidnap Nimah. He yells at them as they drive off.

Across town, Thunder finds the building that Gambi informed her about. She breaks in and is shock to see all the missing Freeland children from 30 years ago. She hears the heart rate machine of one of the victims and tries to free them. Realizing that she could possibly end up hurting them more, Thunder hurries up and leave the facility.

Anissa comes running through the door at home to inform Jefferson of what she saw. 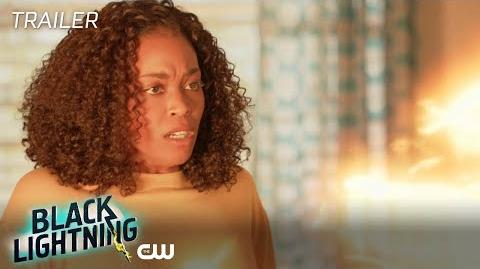 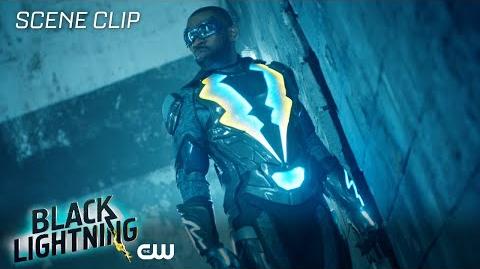