Philadelphia, Pennsylvania
Nafessa Williams is an American actress best known for One Life to Live and Code Black.

Nafessa was born and raised in Philadelphia, Pennsylvania. Williams has always had an affinity for acting. She started her career as a model while juggling school at West Chester University where she graduated and intended to pursue a degree in law. After working in the homicide department for the D.A.’s office, she realized law was not her path. She began to grow her skills and started taking acting classes with Tasha Smith and Susan Batson, and those classes would soon pay off as she booked her first job on “One Life to Live.” It was then that she decided to move to Los Angeles and pursue acting fulltime and has since been seen on television shows including “Code Black,” “Survivor’s Remorse,” “Real Husbands of Hollywood” and the highly-anticipated reboot of “Twin Peaks.” 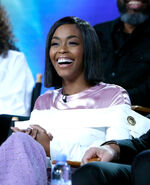 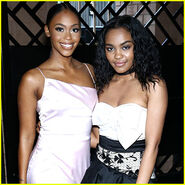